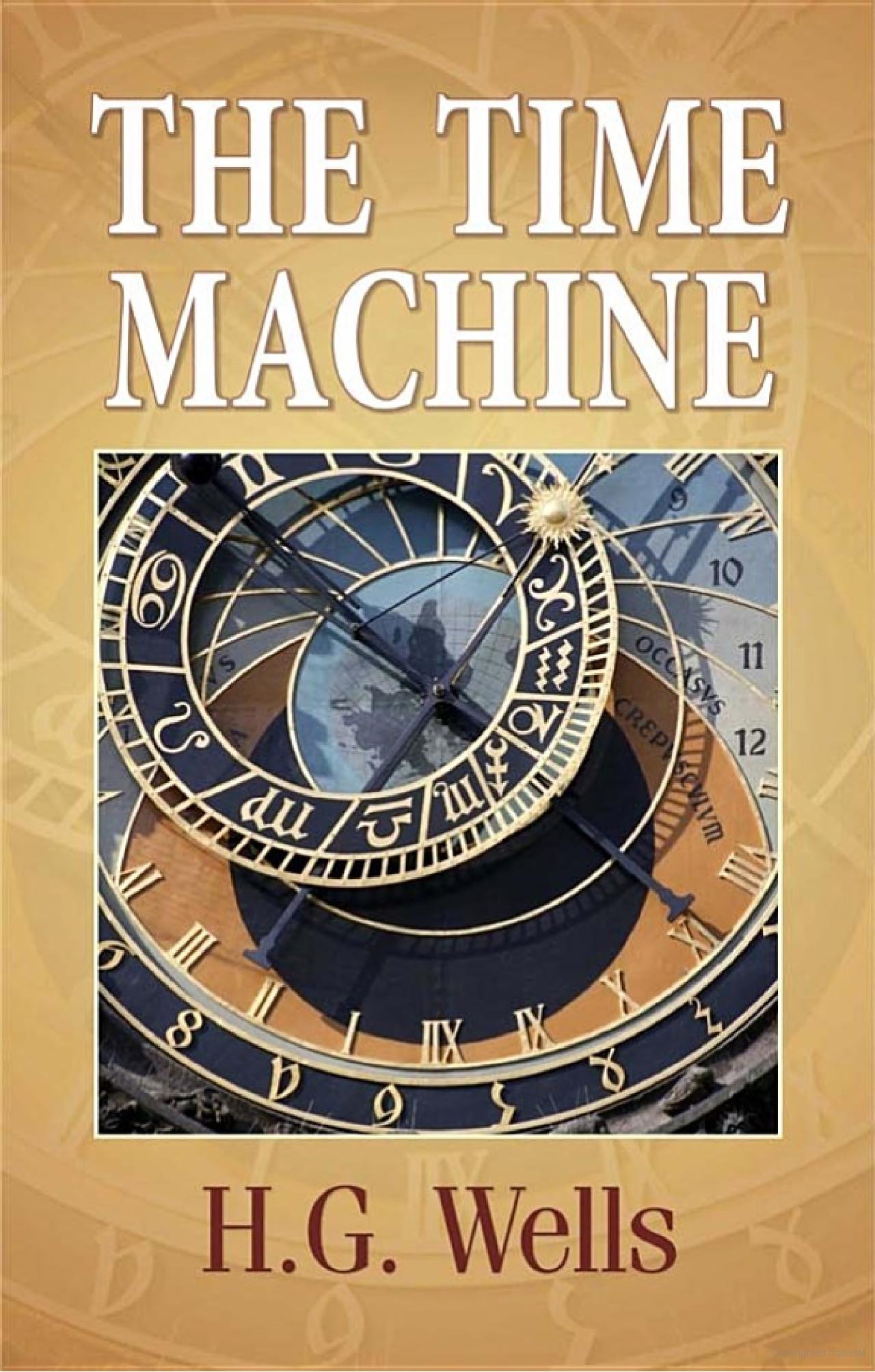 There’s been a couple of film versions of this story. I don’t remember much about the later one other than we managed to blow up the moon and Samantha Mumba was in it. The 1960 movie was nearer to the original text. If you remember Rod Taylor steered his time machine through three??? world wars until he came to a halt in the far distant future. Once there he met up with the Eloi, copped off with one of them called Weena who was all 60’s blonde bombshell, and defeated the evil Morlocks. The film finishes with him returning to his original time period and his original dinner guests, a week later. After he’s finished telling them his fantastic story, he disappears off to his study to move his time machine 3 feet to the left so he can go back and rescue Weena. OK, so it’s not quite the author’s original story, but it’s still a great movie, and I think it sits pretty well alongside the actual novella.

H.G. Wells’ story starts off with the dinner party, like the 60’s film, with the Time Traveller explaining the possibilities of time travel to his skeptical guests. Incidentally, the Time Traveller is never given a name. Wells isn’t big on characterisation. It’s all about the science with him. Time, the Traveller asserts, is the mysterious 4th dimension. He describes it as this: ‘Our mental existences, which are immaterial and have no dimensions, are passing along the Time-Dimension with a uniform velocity from the cradle to the grave. Just as we should travel down if we began our existence fifty miles above the earth’s surface.’ Got that? He published this in 1895 and I think it’s fantastic. There were no Theories of Relativity around then remember. It’s original thinking at its best.

When he does actually set off there’s no time for any fancy stops along the way. He finally settles in A.D. 802,701 and clearly a lot has changed by then. This land is populated by the Eloi who live in a land of large, futuristic and gradually deteriorating buildings. The Eloi seem childlike, harmless, uncaring and only capable of monosyllabic communication. Well, I can get all that simply by wandering into my local Wetherspoon on a Saturday evening. Anyway, the Time Traveller pretty soon begins to suss out what’s gone on here. In the intervening years mankind has, through science and hard work, designed the perfect habitat. Only problem is, once all that’s done, there’s nothing else to do except sit back and admire all they’ve done. They become indolent. As the Time Traveller explains: ‘We are kept keen on the grindstone of pain and necessity, and, it seemed to me, that here was that hateful grindstone broken at last!’ So, the Eloi gradually devolve, living in once great spleandour now in decay, without purpose or any viable reason to exist, much like exiled members of the Royal Family.

The Time Traveller does indeed befriend Weena, as happens in the movie, when he saves her from drowning because her compadres can’t be arsed to. But this Weena is another childlike idiot, albeit a loyal one, so there’s no bump-n-grind here I’m afraid.

But wait, hold on! All is not well in this garden of youthful senility. Beneath the surface we meet the Morlocks who are sub-human troglodytes that only come out at night. The Time Traveller describes them as: ‘nauseatingly inhuman’ with ‘pale chinless faces and great, lidless, pinkish-grey eyes!’ A Scandanavian goth group Eurovision entry of a few years back came to my mind when I was reading this. And worse still…they’ve nicked his time machine. Fortunately, our hero made sure he kept the driving levers on his person when he parked up so…fuck you Morlocks. Oh yeah, and the Morlocks grab a few Eloi when they come up top at night, so they can return to their world of underground machines and filth, to kill them and eat them. There doesn’t seem to be any animals around in this time. The Eloi survive on plants and fruit and the Morlocks survive on the Eloi.

Now, here’s the thing. H.G.Wells may not have been big on characterisation as I alluded to earlier, but he wasn’t averse to a bit of social commentary, and the England he lived in at the time was by then an established industrial nation with hordes of souls spending their lives toiling in blackness and grime. And there was an aristocracy too, who to all intents and purposes lived a life of spleandour and contentment in palatial surroundings. See where this is going? Is he saying that here are the origins of the Eloi and the Morlocks? Hmm. And that then begs the question, dear reader, which side are you on? I have a feeling I don’t get many Princesses reading this stuff, so, I’m sorry to say you are probably one day going to be a Morlock. And your diet will be the Eloi. Hell, this story may as well have been called: ‘Eat The Rich‘, which would have been excellent!

Anyway, the story moves on. The Time Traveller and Weena trek off to this big decrepit museum type building where they find loads of books that just crumble to nothingness when you pick them up. Weena naturally doesn’t give a toss but it deeply saddens the Time Traveller. Then they head back and have a bit of a night-time tear up with some Morlocks on the way. The Time Traveller starts a forest fire. loses Weena, finds his time machine again after fighting more Morlocks, and then does the decent thing…he gets the hell out of there.

I’m disgracefully trivialising all this. It really is a great read and a fantastic story. I’ve only read two H.G.Wells books (the obvious ones) and they were definitely works of genius in my mind. And when you consider the period in history in which he wrote this stuff…well it beggars’ belief.

The Time Traveller does go a bit further into the future, but I’m going to leave that to you to read about. I’ve given away enough already.

‘The Time Traveller’ is not a lengthy read. It’s a novella after all, but that relatively small space is stacked up with vision and wonder. And obviously it’s beautifully written. I massively recommend you read it.