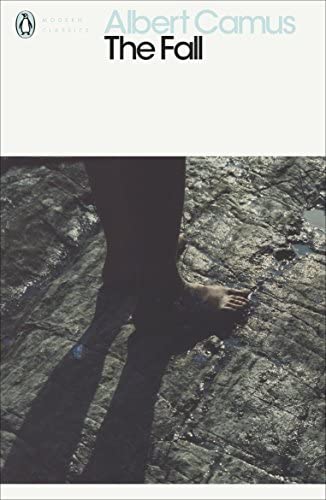 Diana at Eventispress has been encouraging me to put some book reviews on my website. Ideally dystopian novels, being as my novel is classed as dystopian. Actually I don’t think that it is dystopian, but you have to class them as something, which I find frustrating. That’s not Diana’s fault incidentally. Anyhow, I told her I had been reading Ian Fleming’s James Bond books, which probably wasn’t what she had in mind. Not deterred, she suggested maybe I could write a piece comparing the books to the movies. Yeah, that could work, and I may still do that sometime. So I took a break from Bond and read an Eventispress novel (always worthwhile), and after that I thought I’d have a crack at some French existentialism. Yes, it’s a crazy old road I’m on. And I’ve never read any of this chin scratching stuff before, which I suppose doesn’t say much for my depth of reading. I guess Kurt Vonnegut leans towards the ‘what are we doing here?’ school of thought at times, and I love him. So I have tried I suppose.

I actually found this book a lot easier to read than I thought I would. Sure there were passages which however many times I read them, left me cold, but I expected that. And it’s not a long novel either. Just over 90 pages, so you can knock it off without losing your thread. Sometimes I leave long books for a while, and I just can’t remember the key bits when I go back to them. Think that’s an age thing.

Okay, so the narrator, Jean-Baptiste Clemence is discussing his life with an unnamed stranger – maybe the reader. It’s deep remember. He’s now living in the dirty district in Amsterdam, but he used to be a successful lawyer in Paris. That was until he realised that he was a self-serving scumbag not fit to walk the Earth. Giving to charities with the sole purpose of making him feel good about himself. Not being very nice to his girlfriends. That kind of thing. He was a lawyer remember. So for self punishment he moves to Amsterdam so he can drink and whore himself stupid. Yeah, right! But his body lets him down. There’s only so much boozing and brassing the body can take…apparently. Which brings us to where we find him at the beginning, explaining to his ‘associate’ that nowadays all he can do is tell everyone what an utter shit he is, which allows his audience the opportunity to in turn confess what a bunch of bastards they all are. And when they sober up and wake up, they understand and appreciate the truth, which is the train wrecks they have also become. The Fall, comes in the morning. It sounded like some warped group confessional to me, though it may just be old JB trying to cleanse his soul through others pain. Like I said, it’s all very deep, and I may have gone off-piste there.

I think that’s it. Something like that anyway. It’s not very optimistic, but then a novel about the pointlessness of existence, isn’t going to be Disney is it? Jean-Baptiste’s decent is what keeps you turning the page. He is humiliated in his car at some traffic lights. He makes the comment that everyone would soon have forgotten the incident, but it deeply affects him. Yeah, that resonates. People say ‘get over it man’, but you don’t always, do you. Then he does nothing to save a lady throwing herself into the Seine. In any circumstance, that’s not good. And he even harks back to that incident at the end of the story, observing that the water would be awfully cold if he were to dive in. Oh dear, oh dear. And there is the sound of people laughing behind his back that keeps cropping up. Naturally he never sees the perpetrators.

Obviously amongst all this there’s a shed load of deep meaning going on. He compares the maps of Amsterdam’s canal system to Dante’s circles of hell. I’ve never read The Divine Comedy, so I’ll have to take his word for that. The trip with his associate to the Zuider-Zee sticks in the mind. It’s a landscape of nothing. Dunes, dykes and ‘the pallid beach at our feet and, in front of us, the sea, the colour of diluted washing powder.’ He calls it a ‘soft hell.’ ‘Universal obliteration.’

I liked that bit especially. In a book about universal meaninglessness you need to get the background right. Yes, it’s gloomy, despondent and no, there is no hope. But as a sort of introduction to these writers, who did contemplate the meaning of life, and it seems found no meaning at all, I found it compelling.

Look, I’m writing this, and I’ve got a nice view out of my window. Well it’s a car park actually, but it’s OK. And I have sort of turned out OK, so I am happy to read this stuff, and just try to understand the train of thought. It’s just writers trying to contemplate the Big questions. And good on them for trying that.

3 thoughts on “The Fall – a novel by Albert Camus”